For junior and quarterback for South Lyon High School, Braden Fracassi, who is obviously big into football and follows everything from college to the NFL, has had one fun week. “This week had so much happening; I was surprised half the time,” Fracassi said. “I mean, seeing Russel Wilson leave Seattle after 10 great seasons, then head to Denver, that’s something I most definitely didn’t expect, and honestly [it] hurts.” Fracassi has been a Seattle Seahawks fan for as long as he can remember, so seeing one of his favorite players leave really hurt him. “They will most likely regret that trade as well,” Fracassi added. “He is by far their most valuable player and trading him away for what they get in return was just not a smart move.” 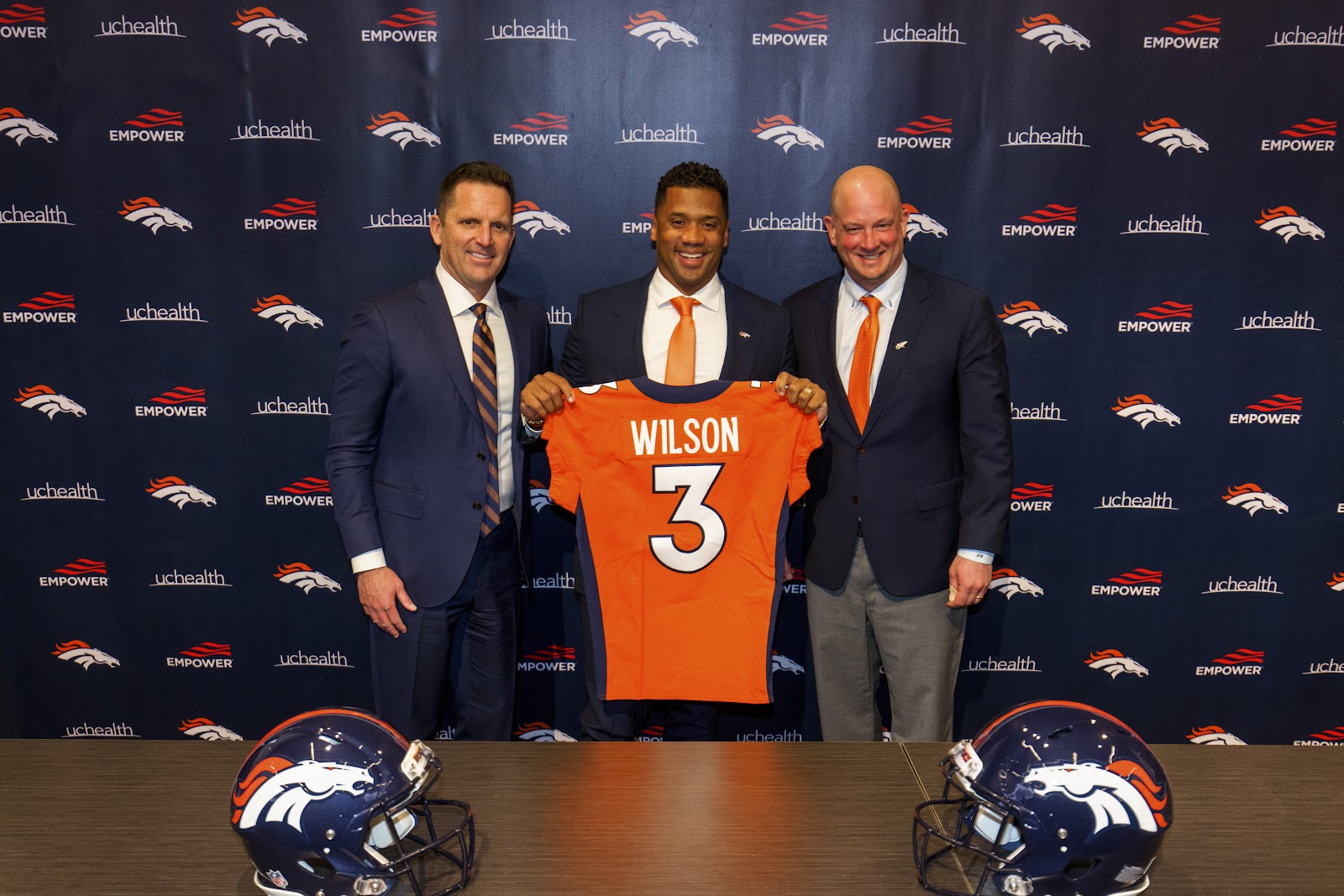 Even though Wilson as a long-standing quarterback for the Seahawks was a huge surprise, there were others that made an abrupt and shocking change.

Fracassi also added that Carson Wentz going to the Washington Commanders was the worst signing. “Seeing Carson Wentz to the Washington Commanders also had me a bit confused. The [Indianapolis] Colts released a very mediocre quarterback for some very solid draft picks; that was a bit stupid,” he said. Fracassi also believes that Wentz going to Washington was the most random realization as well. He added, “Wentz is mediocre, but he had a good year last year, so it was out of the blue.”

Later, Fracassi found that receiver Christian Kirk has been paid 81.4 million dollars for a four year deal with the Jacksonville Jaguars, with 20 million guaranteed. “He is definitely not worth all of that money,” he said. “He’s good and all, but he’s never even had a 1,000 yard season, and he’s never really proved himself as an elite receiver. He didn’t even start on the team that he was on before.”

With the Los Angeles Chargers not making the playoffs this year, they are making big changes to the defense side of the ball, because of that being there weak part. “Signing Khali Mack was one of the best things the Chargers have done this off-season. He is an elite defense player in his prime right now, and paired with Joey Bosa, they will be a huge threat for other teams,” Fracassi said. “The trade benefited both sides: the [Chicago] Bears got more cap space, and the Chargers got more than they had before.”

With quarterback Ben Rothlesburger leaving the Steelers, many wondered who would be their next quarterback. A lot of fans thought it might be Russel Wilson or Aaron Rodgers, but they ended up with Mitch Trubrisky, and Fracassi believes that it was a good deal. “He’s not a bad quarterback, and for only four million dollars. Even if he doesn’t deliver, they just cut him.”

They both agreed that Christian Kirk is the most overrated person in this free agency for how good he is. “He’s not even a top 20 receiver and he’s getting the money of an elite quarterback,” Lembesis said. Mardossian added, “The jags got the money to do it, but it was such a waste of money for how overrated he is.” They both also agreed that Christain Kirk was the worst signing so far, because of how much he costs, “He’s literally stealing candy from a baby, if Jaguars are the baby.”

With all that has happened in the first week of the NFL free agency, and many more weeks to come, this could be one of the best years for NFL fans to watch, almost as good as the previous season.