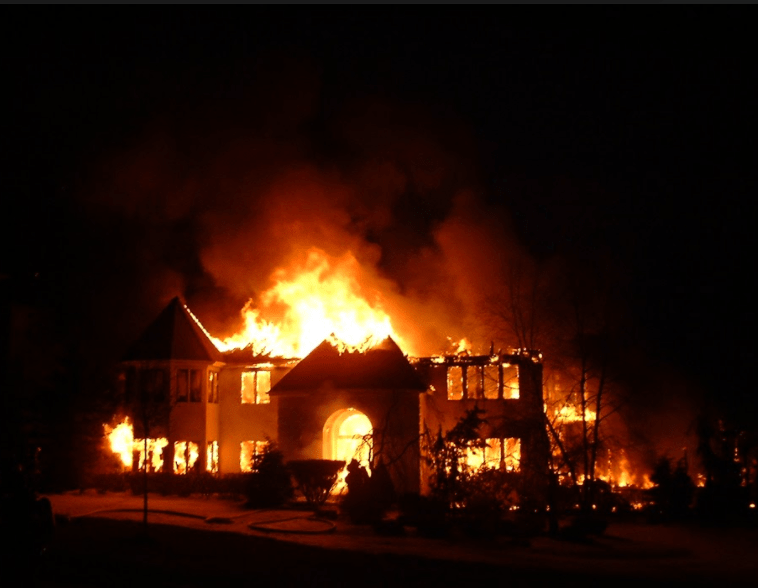 The Earth is a burning building. The alarm is sounding, red lights are flashing, and smoke is permeating the hallway. Despite the threat, Earth’s residents are stuck debating their course of action. One woman tells the residents that their lives may be a stake, so they must proceed with caution and find water to put the fire out. Another man claims the alarms were triggered by a mere toaster fire, and the building has no cause for concern. The maintenance expert declares that the fire began in the boiler room because of outdated appliances and is spreading throughout the building. Amid the chaos, no one listens. No action is taken to put out the fire, and in front of its residents, the structure collapses.

The Earth is a burning building. The COVID-19 pandemic may create the illusion that the world has greater evils on its hands, but climate change currently remains humanity’s greatest threat. Nothing could be more serious, more newsworthy, or more urgent. It is no longer a matter of whether climate change is real or not: NASA reports that over 97 percent of scientists agree global warming is actively caused by human activity. The obstacle now is convincing global citizens to take serious action against climate change before the Earth reaches a point of irreversible damage.

This tipping point is barrelling towards us faster than we know. In October 2018, the United Nations climate science body released the Intergovernmental Panel on Climate Change report revealing that the human race must cut 45 percent of carbon emissions by 2030. This step is crucial for us to reach zero percent carbon emissions by 2050. Eliminating carbon emissions will not explicitly cure pollution; moreover, it creates the opportunity for a habitable–and eventually pristine–Earth.

These dates are not goals. They are deadlines. We must significantly alter our impact on the environment within 10 years, or the Earth will fall into a point of no return. Seas will rise, cities will drown, species will go extinct, extreme weather will enter the daily patterns, and we humans will be left standing in the midst of our ruins. There will be no turning back and no escape. Our world has not entered this stage of apocalypse yet, but early signs of climate destruction dot the globe:

In California, deadly wildfires ravage the land like an inferno. There is a direct link between global warming and wildfires, as stated by the U.S. Geological Survey: hotter and drier air creates more intense fires that will rage for longer periods of time, consequentially threatening landscapes, buildings, and lives.

In the Pacific Ocean, island nations like Tuvalu are sinking. The Guardian reported that Tuvalu’s islands are almost completely swallowed up by rising sea levels, leaving thousands homeless.

In the Arctic, only five percent of the ocean’s oldest ice remains. This thick, ancient ice acts as a glue holding the younger ice regions together, according to the National Oceanic and Atmospheric Administration. Without it, our Arctic ice caps will fall apart.

In Australia, the Great Barrier Reef lays upon its deathbed. Ocean acidification caused by rising carbon dioxide levels, along with warmer sea temperatures, have bleached, sickened, and killed half of the reef’s coral. The Australian government attributes climate change as the greatest threat to reefs worldwide.

In the tropics, it has become increasingly prevalent for category five hurricanes to raze communities to the ground due to increased evaporation. This phenomena also creates concentrated areas of drought and flooding. As climate change barrels onward, extreme weather will follow.

Climate change is not a topic to be taken lightly. Pollution has the power to degrade ecosystems and destroy communities. But our world still has hope. By taking immediate action, we can restore Earth to its unmarred beauty.

Humanity’s response to the COVID-19 pandemic proves that when faced with a formidable challenge, we can band together to solve it. Nations conducted swift, efficient responses to minimize and treat outbreaks, and communities worked selflessly to donate their resources, time, and effort to keep each other safe. If we attack pollution with the same vigor that we tackled COVID-19 with this spring, there is no doubt we could save our planet. Undoubtedly, there will be obstacles, but we can and will conquer them.

Wealthy corporations and politicians will fail to dissuade us from our antics. They may try to shush us like children with the party line of, ‘No, climate change is just a silly story; it’s not real.’ They may push fossil fuels under our noses and explain through their teeth, ‘this is the only way. This is the only way we will make money.’ Money, as we all know, is everything to corporations, and deregulation helps the dollars pile high. As senior Shreya Averineni put it: fossil fuel profit is generated “at the expense of our planet and wellbeing.”

The fallacy that saving our planet hinders economic growth, nonetheless, is too false. Truthfully, green energy is projected to create thousands of new jobs. In a survey of South Lyon students, an astounding 50 percent of those interviewed planned to pursue environmental science careers. Renewable energy prices are also predicted to dip below those of natural gas in the coming years, according to the Yale School of the Environment, and provide people the opportunity to self-produce electricity. Contrary to the common misconception that green technology is counterproductive to the U.S. economy, utilizing renewable energy sources will provide an economic boost to average workers.

Not to mention the economic effect of creating less natural disasters in the future. By curing the climate change crisis, we will also decrease the intensity of natural disasters. Moreover, less of America’s tax dollars will be spent rebuilding a ravaged nation.

The fate of our environment sits in the palms of our hands. We have two choices: silently submit to ignorance and fear, or forge onward to the life we anticipate.

We can do little things, like recycle, pick up trash, invest in eco-friendly products, buy organic or local, and educate ourselves on current events. We can also do big things, like vote, protest, and contact our local representatives. Senior Eco Club member Kendra Ebel said she “buys plastic alternatives like aluminum and silicon that can one day be recycled.” Ebel carries these everywhere so she is not restrained to using single-use plastics in public. Whatever choices we make, they will build upon each other to shape our environment.

The apocalypse is upon us, but Earth’s fate is not yet set in stone. It is time that humans cure the disease we imposed on this world, and although this challenge might appear daunting, the rewards will certainly be worth it. The Earth is a burning building with those inside choking on our mistakes. We must save it, or dig our own graves.